Taking a deep dive into design and development for Massage Envy 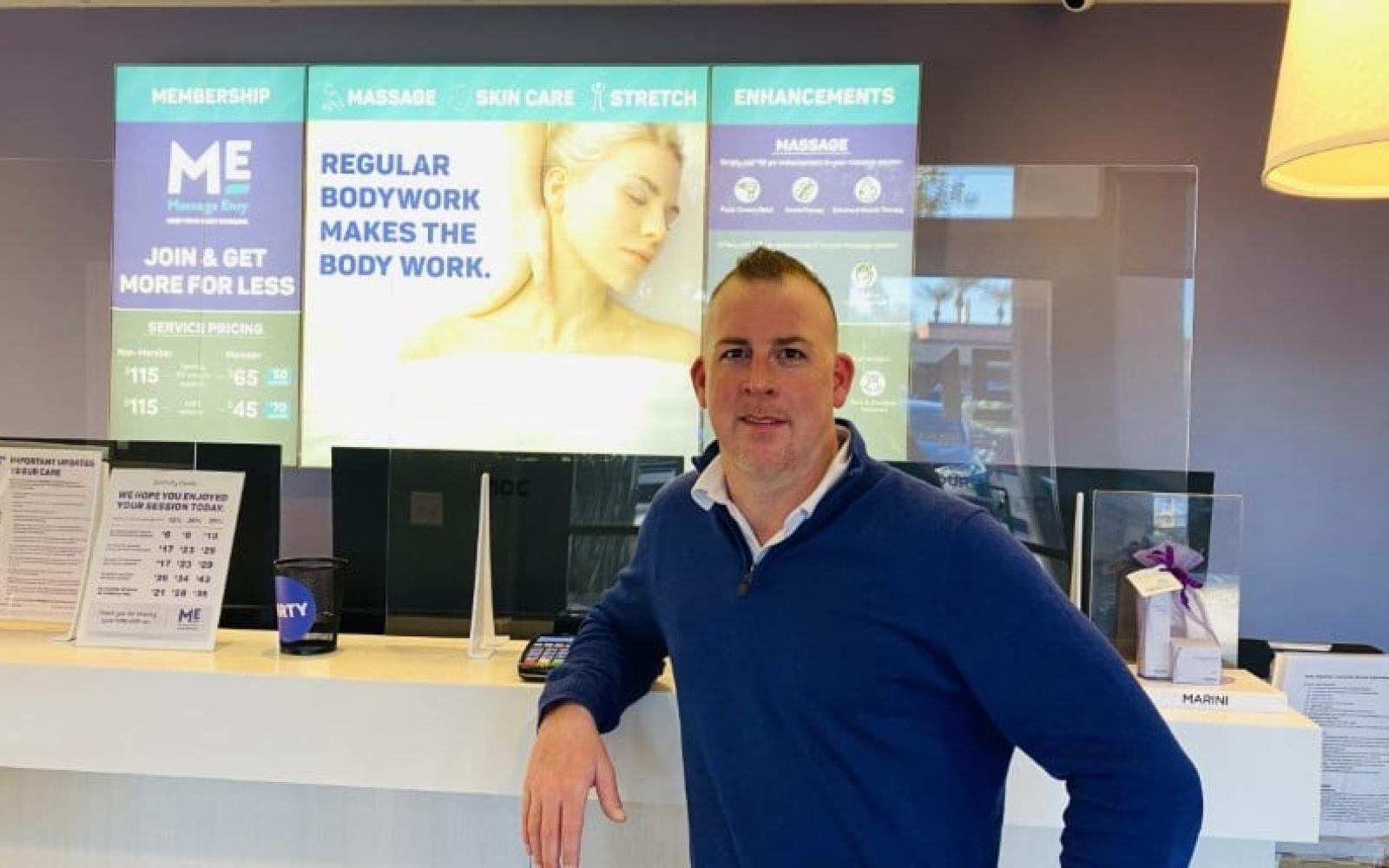 Prior to the pandemic, the idea of de-stressing for an hour in one of Massage Envy’s franchised locations with soothing, low-lit, dark purple treatment rooms may have seemed the ideal.

The massage, wellness and skin care national franchisor faced some difficult days as clients stayed physically distant. To help combat the threat of franchisees losing clients during the pandemic, Phillip Jones, the senior director of design and construction, worked with franchised locations to continue with Massage Envy’s refresh and rebranding initiative.

Started in 2017 as part of a 10-year campaign, up to 150 of its more than 1,100 franchised locations nationwide are expected to be revamped in 2021 alone, with brighter, lighter colors.

“With COVID-19 there’s certainly an urgency to our work,” says Jones. “We believe clients will identify well with the visual changes, which is certainly a desire in the post-pandemic business environment.”

Fixing for a facelift

Massage Envy generally refreshes its franchised locations every 10 years. About half are updated in the latest iteration, with more updates planned for this year and beyond. But COVID-19 made the upgrades even more of a priority for many franchisees.

When the first locations opened in 2003, rooms were painted with bold, dark purples. Those colors are being updated with grays and lavender, while the reception areas will be retrofitted with light-colored fabric, backlit walls, a newly designed three-panel list of services and luxury vinyl plank flooring.

The lighter-colored, wood replica floors are standard—though porcelain tiles will be an option, often used in the Northeast because they do better with customers tromping in snow.

“The biggest thing is aligning the look to be consistent. This sets the stage for future expansion to help us grow the brand,” he adds. “Even BMW changes the design of its cars over time.”

For his part, Jones guides franchises through the updates, noting materials and designs true to the theme. Each franchisee is urged to get multiple bids for any work and then makes its choice. In some instances, he recommends contractors that have done work for Massage Envy, although the ultimate decision is left to each franchisee.

For instance, he says the Beam Team has handled Massage Envy’s renovations throughout the country, including installation of lighting, equipment, carpet, paint and brand elements.

“We use the knowledge and skills that we’ve gained over the years on Massage Envy projects to help make sure they’re executed smoothly. It allows franchisees to focus on their business and customers without worrying about construction,” says John Morris, vice president of Beam Team installation.

Massage Envy’s pick for interior and exterior signage is another company—the Wisconsin-based Priority. Jones says the company has been a long-standing partner and designed the stretched fabric back-lit wall.

Goal-setting, working hard and dedication to one’s craft is second nature to Jones, a first alternate for the 2004 Olympic team who spent years training and competing as a springboard and platform diver.

While much of his life was focused on international competition, he decided to be a Division I diver and pursue business at the University of Tennessee. While studying, he took a break to swim professionally, got injured and came back to graduate from Arizona State University with a degree in architecture studies and urban planning in 2009, while also completing architectural and construction internships.

fter graduation, Jones took a job for five years as an aqua theater manager for Royal Caribbean Cruises in 2009. When he hung up his swimsuit for good in 2014, he took several positions—from project manager to purchasing agent—in residential and multifamily design and construction companies including Shea Homes, LogicSource Inc. and Meritage Homes.

“I really fell in love with the commercial construction business,” Jones says. “Streamlining the brand and updating its style was a great opportunity.”

Specifically, he loves that a customer traveling to any Massage Envy location will have a consistent experience.

“It really satisfied my need to build something from the ground up, but also offered new challenges on the retail side,” says Jones. “Our efforts streamlined the business to the point where we can now simply plug and play a consistent model for all the franchised locations.”

As an athlete, he recognized that in order to succeed in his latest venture he needed to focus on the fundamentals—and even seek out additional training (he earned an MBA from the University of Phoenix in 2015).

“Going to business school opened me up to other realms of operations, particularly how franchising/business works,” he notes. “I also learned a lot about people and processes.”

Having had influential mentors throughout his life and career—coaches, colleagues and even Olympic medalists—Jones is doing what he can to pay those lessons forward and support his growing team in the process.

“I always try to be the best at whatever I do,” says Jones. “I’ve been put into different situations and learned how to be successful. Every athlete knows it’s never always easy. There are always trials and tribulations that any athlete has to go through during their career. It’s all how you bounce back and learn from adversity.”

Start Your Project With Us.